The story of the approval of the drug aducanumab (trade name Aduhelm of Biogen / Ensai) for the treatment of patients with Alzheimer’s disease (AD) is extremely complex and somewhat controversial. Unlike what emerges from the headlines in the main media, there are many question marks relating to the approval of this drug by the Food and Drug Administration (FDA), the US government body that deals with the regulation of food and pharmaceutical products.

In this short article we will present the pros and the cons related to the approval of aducanumab that are igniting the scientific debate worldwide and that deserve to be discussed in order to give the clearest possible idea about the current situation based on scientific data. In fact, we believe it is pivotal that everyone can fully understand what lies behind this potential revolution for the world of neurology, taking into account the implications that this discovery could have for people with AD, their families and caregivers but also for the society and the impressive economic implications and health care organization.

The most solid data available is given by the EMERGE and ENGAGE registration studies, i.e. the studies conducted with the aim of evaluating the safety and efficacy of the drug in order to obtain approval from the regulatory bodies: despite having demonstrated in both studies that the drug is extremely effective in removing beta-amyloid deposits from the brain parenchyma, i.e. the protein aggregates that accumulate in the brains of people with AD, both studies were suspended in 2019 in the interim evaluation for futility (i.e. none of the trials showed a difference in the clinical evolution of the disease between the experimental group that received the drug and the group that received a placebo). At a later stage, an extension of the study was carried out with patients previously enrolled but “in the absence of blindness”, that is, with a methodologically less robust study design. In this scientifically less valid extension of the study, a very small clinical benefit (apparently insignificant on the degree of disability) was shown in a subgroup of patients treated with the drug, i.e., those treated with the maximum dosage (see A resurrection of aducanumab for AD -Schneider- and ENGAGE and EMERGE: Truth and consequences? -Kuller and Lopez-). From these data, it can be deduced that aducanumab could have very little clinical efficacy in reducing the progression of cognitive decline and not in all patients.

The drug is not without risks, indeed the so-called Amyloid-Related Imaging Abnormalities (ARIA) have been highlighted, inflammatory/hemorragic brain lesions similar to what happens in certain forms of cerebral amyloidosis and which can give a symptomatology consisting of headache, neuropsychiatric disorders and confusion (see Anti-Aβ autoantibodies in amyloid related imaging abnormalities (ARIA): candidate biomarker for immunotherapy in Alzheimer’s disease and cerebral amyloid angiopathy – Di Francesco, Longoni, Piazza-)

The use of this drug is limited exclusively to well-selected patients, who have an in vivo demonstration of the presence of amyloid aggregates in the brain. Therefore, before being able to administer this drug to a patient, it will be necessary to undergo a ‘PET’ radiological investigation with an amyloid tracer (with numerous false positives in the elderly and with a cost> 1000 € per exam) or a CSF examination (an invasive method with rare complications performed by subtraction of the liquid that surrounds our central nervous system through a puncture in the low back between the spaces of the spine) (see Evidence-based Interpretation of Amyloid-β PET Results: A Clinician’s Tool -Bergeron, Ossenkoppele , Jr Laforce-). In addition, to monitor the possible formation of ARIA it is advisable to perform frequent brain Magnetic Resonance Imaging exams over time.

In view of these evidences, an annual cost of the drug is estimated between 30,000 and 50,000 dollars, for a disease with a survival that varies between 8 and 20 years and a prevalence in Italy of about 600,000 patients. With a precautionary estimate that contemplates only 5% of patients eligible for the administration of the drug and with a contracted cost of € 20,000 per year, a considerable figure would be reached of € 600,000,000 per year (only considering drug costs and excluding management and diagnosis costs).

Finally, it seems appropriate to underline how the technical council of the FDA (the drug regulatory agency in the United States) has chosen to vote, with a large majority (more than 70%), against the approval of the drug. In fact, the drug got the green light under the FDA’s accelerated approval program, which grants a marketing license based on a demonstrated effect on a surrogate endpoint, in this case the reduction of amyloid plaque, which should lead to a subsequent clinical benefit. Aducanumab would be one of the first drugs to be approved at the end of a failed clinical trial! Such a route requires post-approval testing (Phase IV of the study) to demonstrate the clinical benefit. Approval can be withdrawn if the treatment does not work.

For AD, there are no ‘disease modifying’ therapies, that is, therapies that are able to stop or slow down the natural course of the disease. Aducanumab represents an important novelty since it represents the first ‘disease modifying’ drug that has reached the approval stage for clinical use for AD which, we recall, is the most frequent neurodegenerative disease and for which there is an unmet pharmacological need. Chief FDA managers have believed that there is substantial evidence that the drug reduces ‘bad’ accumulations of beta-amyloid from the brain parenchyma and that this reduction is reasonably likely to lead to clinical benefits (although only partially evidenced by studies carried out so far).

The history of antibodies directed to beta-amyloid plaques begins in the late 1990s, when recent advances in pharmaceutical engineering led to the development of antibodies directed to beta amyloid, the protein whose abnormal accumulation in the brain parenchyma is believed be the cause of the disease. The use of this technique, that is the monoclonal antibodies directed towards a specific protein that you want to fight, has revolutionized in recent years the pharmacological approach towards many neurological diseases (multiple sclerosis and headache) and not (chronic systemic inflammatory diseases and above all a wide range of neoplasms) projecting towards what is now called ‘precision medicine’. All the efforts made by the world of biological sciences over the past 50 years, aimed at identifying the causes of diseases and acting specifically towards them, come together under this hat. Soon this approach will also be used in Alzheimer’s disease, born over 20 years ago when the theory of beta amyloid as the cause of the disease was the prevailing one. In recent years, further studies have on the one hand confirmed that beta amyloid triggers the neurodegenerative process (i.e. the progressive loss of neurons in our brain), but that this process begins at a very early stage of the disease (even ten or twenty years before the appearance of symptoms) and that the main cause of the patient’s cognitive disturbances may be attributable to other factors (accumulation of tau protein, astrocytic reaction, neuroinflammatory phenomena). If we add the fact that the presence of amyloid beta accumulations has been shown in the brains of adults or elderly people who do not develop the cognitive problems typical of the disease, it is understandable that to date there is no unanimous consensus in the scientific world on the exact pathophysiological mechanism of the disease. On the other hand, aducanumab is intended for patients in a very early stage of the disease and not for all people diagnosed with Alzheimer’s disease.

The attention and investments to treat AD

We are at the dawn of a cultural revolution in the scientific field for which we have identified the cause(s) of the disease, we are able to identify the markers of the disease at a patient level and we have a drug that effectively removes this cause. Those that are the potentially unfavorable points of therapeutic restrictions can instead be looked at with a benevolent eye, since they can give the opportunity to invest even more in clinical research to identify the disease at an earlier stage. All this leads to greater investments in a neurology sector that for years has not been paid much attention in terms of allocation of resources and investments. Although aducanumab proves to be ineffective in terms of slowing down cognitive decline, the presence of this drug can lead to a more widespread use of disease biomarkers, which will be of crucial importance in better understanding the mechanisms by which it develops and supports Alzheimer’s and that if not today, maybe tomorrow, it will lead to better management of the disease. Raising awareness is the first step towards a global approach and an effort by the scientific and clinical community to implement the best possible strategies for this disease. The media hype induced by this news is welcome to make society even more aware of this topic.

The lay world of patients, patient associations and even ordinary people who are sensitive to the issue of aging and dementia has rightly welcomed with great enthusiasm the news of the approval of aducanumab by the FDA announced in recent days on average. A large part of the scientific community also looks favourably upon the approval of this drug, which opens up opportunities for treatment for a frequent, highly disabling disease that, until now, has had no possibility of treatment. However, not all that glitters is gold, and the skepticism of some neurologists, geriatricians and neuroscientists is justified by the weak scientific data on which the approval of aducanumab was based (currently only in the United States). Indeed, the scientific hypothesis on which the FDA decision was based, namely that the reduction of beta amyloid plaques may be related to an effective improvement of the patient is not supported to date by almost twenty previous trials with similar drugs. We still do not know how the EMA (the Europen Medical Agency), the body that protects and promotes the health of citizens and animals by evaluating and monitoring medicines within the European Union, will take sides with respect to aducanumab; however, we believe it is appropriate for everyone to be aware of the ongoing scientific debate in order to better understand and interpret what we will see in the near future: a promising hope of a cure for people affected by AD but also important reorganization of neurological and geriatric structures and the allocation of human and economic resources for a frequent pathology which, if the drug proves effective over time in terms of ‘practical’ and not just ‘radiological’, will positively revolutionize the prospects of a world in a phase of progressive and apparently inexorable aging. At the moment, despite the FDA’s stance, we are not sure this will happen. The next few months will tell us if we are ready for this revolution. 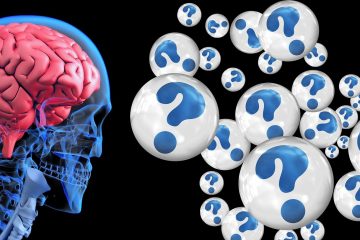 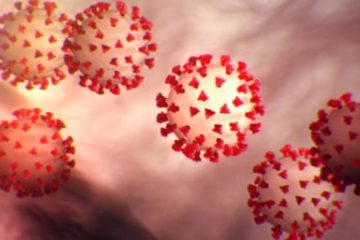 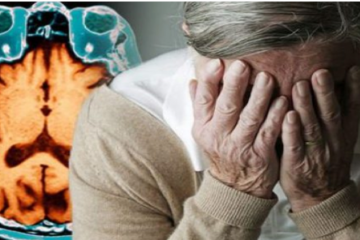