The session begins with the presentation of Prof. Fischer reviewing recent trials on intravenous thrombolysis and mechanical recanalization with an emphasis on unanswered questions. In the treatment of stroke in the acute phase, recanalization is the most important modifiable factor. The time factor is fundamental for success: it is explained that every minute lost is equivalent to neurons lost and there is also a Swiss app (Stroke Clock) for clinical use that quantifies this number of neurons lost in order to stimulate stroke teams to speed up. But, if clinical data are clearly indicating a correlation between time and treatment effect, is the treatment effect the same for all patients? Not all patients show the same benefit of treatment and one main difference is the presence of several collateral circles. Several works demonstrate a clear advantage in support of endovascular therapy with and without intravenous thrombolysis compared to intravenous thrombolysis alone in stroke caused by occlusion of large vessels (LVO).

Thrombolysis is shown to be associated with a better outcome in all patient cohorts, but it must always be taken in account that we treat individuals, and each individual has its peculiarities. Therefore, risks and benefits in patients with borderline indications have to be balanced. There is a score, the SEDAN score, which helps to predict bleeding risk based on patient factors at the start of treatment.

When to treat a patient with microbleeds? Their presence is a problem if their initial number is high and it has been shown that the risk of bleeding increases a lot in the presence of over 10 microbleeds at the beginning of treatment.

When to treat the minor stroke? From the Bernese stroke register an important negative predictor was a high NIHSS at symptom onset and the occlusion of large vessels.

The treatment of stroke on awakening was studied in the WAKE-UP trial, which showed that patients benefited from treatment with Alteplase compared to Placebo if imaging showed a diffusion – FLAIR mismatch.

Timing of reperfusion remains a fundamental factor. The EXTEND trial showed that selected patients with a salvageable tissue treated with Alteplase in the time window between 4.5 and 9 hours Alteplase had a higher percentage of patients with no or minor neurologic deficits than those with placebo, but with increased risk of bleeding.

Regarding the use of Tenecteplase instead of Alteplase, their use does not seem to differ in the outcome in the NOR-TEST trial, but the EXTEND-1A TNK trial showed that it was beneficial to use Tenecteplase before mechanical recanalization.

The “magnificent 7” trials are reviewed, analyzing the initial situations associated with the best outcomes. Professor Fischer stresses again the concept that even after 6 hours the treatment is still dependent on the timing of the intervention.

There are still many unanswered questions that hopefully can find some solutions in the BEYOND-SWIFT registry. Final message of the presentation: imaging is crucial.

To improve the detection and prevention of cardiac embolism we have to focus on cryptogenic stroke or on ESUS. Two strategies have been explored. Give the anticoagulant to everyone with a presumed cardiac embolism or give it only after finding a clear cause (occult paroxysmal atrial fibrillation).

To give anticocoagulation to patients with presumed cardiac embolism we have to focus on ESUS. ESUS can be defined after performing a series of minimal exams including Imaging, ECG/ecocardiography, angiography/angioTAC which prove that the infarct is not lacunar and without a defined cause. Unfortunately, NAVIGATE (with rivaroxaban) and RE-SPECT (with dabigatran) trials did not show a clear benefit of anticoagulant therapy compared with aspirin in patients ESUS. The “blanket approach” does not seem to have clear benefits and so at the moment empirical anticoagulation in patients with ESUS is not justified. However, the approach is appealing as it can save time and money by not performing extensive cardiac monitoring. Refining of the concept of ESUS may reveal useful to re-approach to empirical anticoagulation. In fact, NAVIGATE demonstrated superiority of rivaroxaban in older subjects and RESPECT showed benefits in subjects with left atrial enlargement. Ongoing ARCADIA and ATTICUS interestingly increase the cardiology workup in the selection of patients with defined ESUS.

At the moment, the most convenient strategy to improve prevention of cardiac embolism is to detect atrial fibrillation and to give anticoagulation only to selected patients. ECG and 24 horus ECG are not sufficient to detect paroxysmal atrial fibrillation and more extended starategies are needed. In a very recent meta-analysis published on Stroke it is shown that prolonged cardiac monitoring increases the use of anticoagulants and the general outcome through a reduction of recurrent strokes. It is very important to establish which patients are candidate to prolonged monitoring strategies and which is the optimal strategy considering superficial and implantable devices.

The closure of PFO in cryptogenic Stroke is a hot topic that still lacks clear evidences even after the publication of 6 trials on the subject.

Patients who probably benefit more from PFO closure are those with high-risk PFO (shunt or atrial septum aneurysm) and those who cannot do anticoagulation.

One important factor to consider is age. There is no clear evidences pro or cons in patients with advanced age while we know that PFO is very common in people over 80 and, in this specific population, it’s associated with an increased risk of stroke recurrence.

A critical analysis of the various RCTs lead to the conclusion that these results cannot be easily applied to many patients with cryptogenic Stroke in real life and future trials need to be more inclusive of patients with advanced age.

Intracerebral hemorrhage is a neglected topic in relation to its frequency (1 stroke out of 3) and its importance in terms of outcomes that clearly worsen considerably in this cases.

How to reverse anticoagulants?

There are the vit K antagonists (INCH trial) that reduce lesion expansion and general mortality and the reversion should be done soon (time is brain).

Idarucizumab is the antidote of Dabigatran (RE-VERSE AD) useful but with the disadvantage of being very expensive.

PCC for anti-Xa bleedings was able to reverse bleeding time in healthy volunteers and in a real clinical setting. Platelet transfusion (PATCH trial) and tranexamic acid (TICH2) are also showed to be beneficial.

Blood pressure treatment was studied in INTERACT2 e ATACH2 trials that showed how aggressive reversion was not beneficial in the first hour but that improved outcome in first 24 hours.

And, in the end, trials comparing minimally invasive surgery and craniotomy (MISTIE III) and recent techniques are also showed with possible improvement of devices expected to come in next few years.

article in collaboration with Romanian association of young neurologists 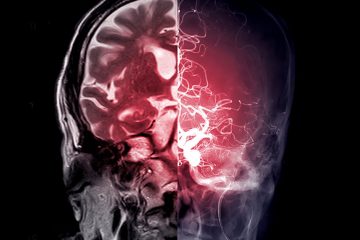 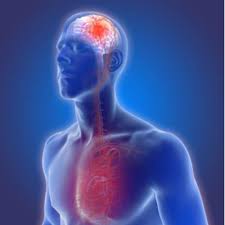 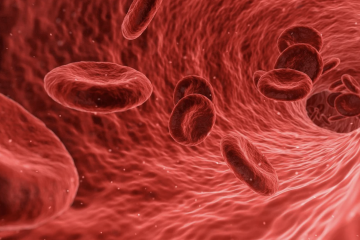